I’m taking this week off work, and rather than going away anywhere, thought I’d stay in London. In the mornings I intend to explore London, ideally things that can’t be done normally on a weekend. In the afternoons I’m going to attempt cooking, something I don’t normally do but this week gives the time to practice.

Today’s plan was to go to the Bank of England museum, which is only open on Mondays to Fridays.

On the way from the station to the museum, I took some random back roads and came across the church of St Clement Eastcheap. This church is supposedly the one from the ‘Oranges and Lemons’ nursery rhyme. Half of the church is currently used by a couple of charities and I debated whether to actually push the buzzer to request to look around. What swayed me was an interesting looking exhibition that turned out to be focused on graffiti in Derry/Londonderry, mostly based on the Troubles. This led to a slightly awkward situation where I was reading display boards and taking photos, metres away from where people were working, but no-one said anything or paid any attention.

I then headed off towards Bank, however I decided to stop in the church of St Edmund, King and Martyr, now used by the London Spirituality Centre. This church was apparently bombed in the First World War, and some shrapnel from the bomb is now framed in the altar. The stained glass window was moved here in the late 1940s from a demolished London church. Apparently St Paul’s Cathedral turned it down because the angels in the picture have red wings, rather than white. I was also given a map of all 48 churches in the City. [Possibly a theme for future posts?]

Continuing my church exploring theme, I popped into St Michael Cornhill, where the organist was practicing for the 1pm organ recital. There wasn’t so much to look at here, other than the one man who was doing a crossword.

I then decided I needed to meet my main objective of going to the Bank of England museum.

The museum seems to focus on three main areas. The first part of the museum covers how banking works. This mainly focuses on the financial crisis, inflation and how interest rates are set. The main message of this was that banking is really hard and therefore it’s not always possible to get it right. To emphasise this fact, there are two challenges to attempt. The first is controlling a yacht and keeping it at the same speed whilst the wind and the current continually change. I thought I did quite well (once I got the hang of the complicated controls). However the game gave me a score of “3: Second Mate” and recommended I “never work in planning the bank rate”. The other game involved trying to balance a ball in a tube, whilst both sides seemed to raise/lower randomly. Again, it was surprisingly tricky and the bank rate fluctuated massively. I hope this isn’t how the bank rate is actually decided. 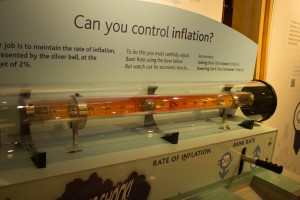 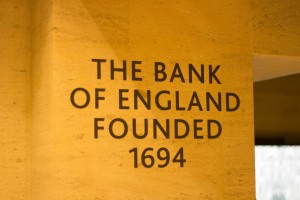 The third part of the museum covers the development of bank notes, originally given as receipts for gold deposited with the bank, which started as “trust that the bank had the gold to repay the stated value”, but now simply certifies against “trust”. The exhibition shows a history of bank notes, from the very oldest all the way to the current day ones. There’s a lot of detail going into the security features of modern bank notes, explaining that forgeries have always been a problem (I checked my wallet, fortunately all legit). An interesting fact here is that any historic bank note can be exchanged at the Bank of England. It is however only worth what it’s written out for. So any £5 note will always be worth £5, even if it is 300 years old. 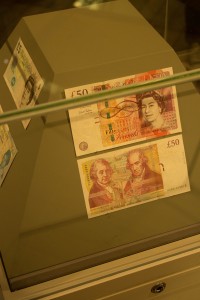 Speaking of gold, there is a section here that covers the Bank of England’s gold vaults. Every gold bar (technically a trapezohedron) weighs 13kg is designed for handling, and is stored upside down for this reason. There’s a gold bar here which is possible to attempt to lift up to see how heavy they actually are. Today, one bar of gold was worth £293,281 and the gold bar is firmly fixed in (and surrounded by CCTV) to prevent potential thieves. 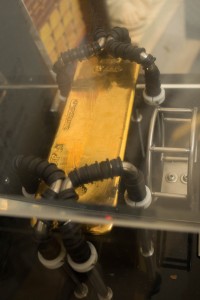 Which more or less finishes this morning’s adventures.

This afternoon, for the cooking part of my holiday, I decided to attempt Toad in the Hole, a popular choice when I asked for suggestions at work. It turned out fine, although I may use a different cooking dish next time, as it rose massively over the top of dish, and therefore not all of the “hole” was crispy (inside was still a bit batter-y). I think I would also do fewer potatoes next time. Otherwise this is a fairly simple meal that I may do again if I want something more exciting than plain sausages. 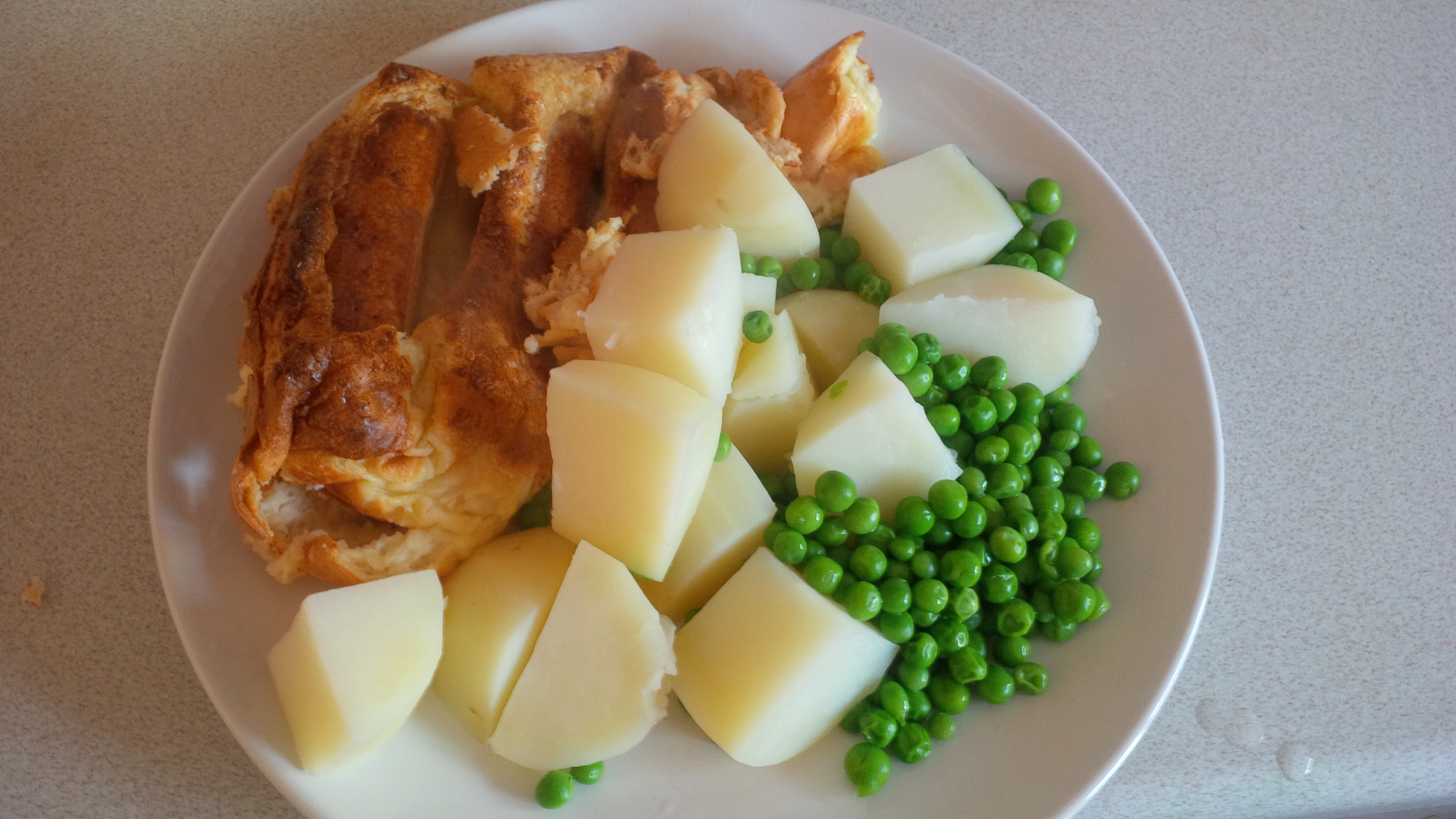